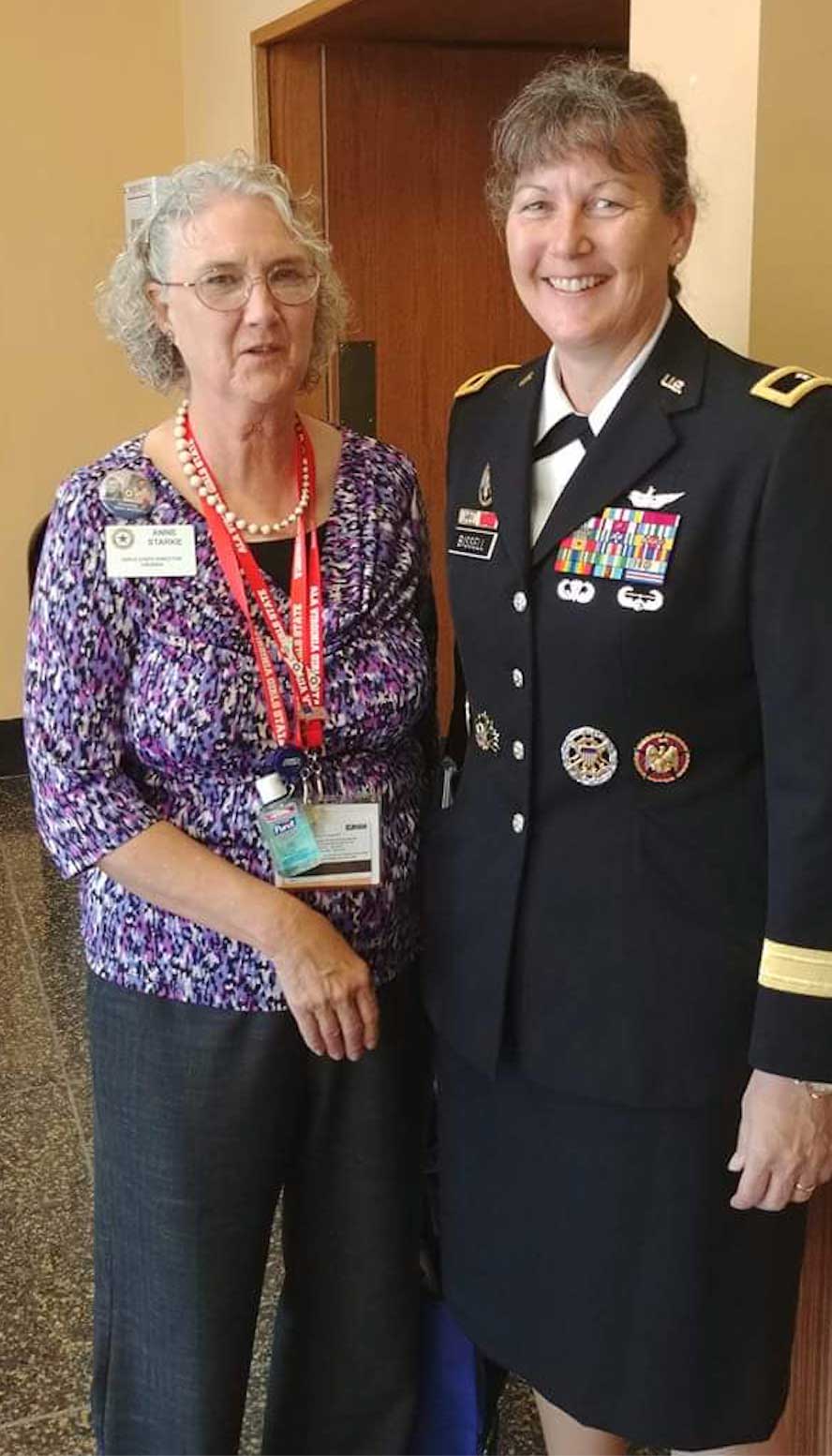 Brigadier General Marti Bissell with ALA VGS Director, Anne Starke. General Bissell attended the 1983 session of ALA Oregon Girls State and gave a very inspirational speech to the citizens of ALA VGS.

The 69th Session of Virginia Girls State is made possible in part, due to the generous contributions from these organizations.

2017 Governor, Alexandra Boatwright, addresses the assembly as she prepares to hand over her duties to Candice Mulinda, the newly elected Governor. 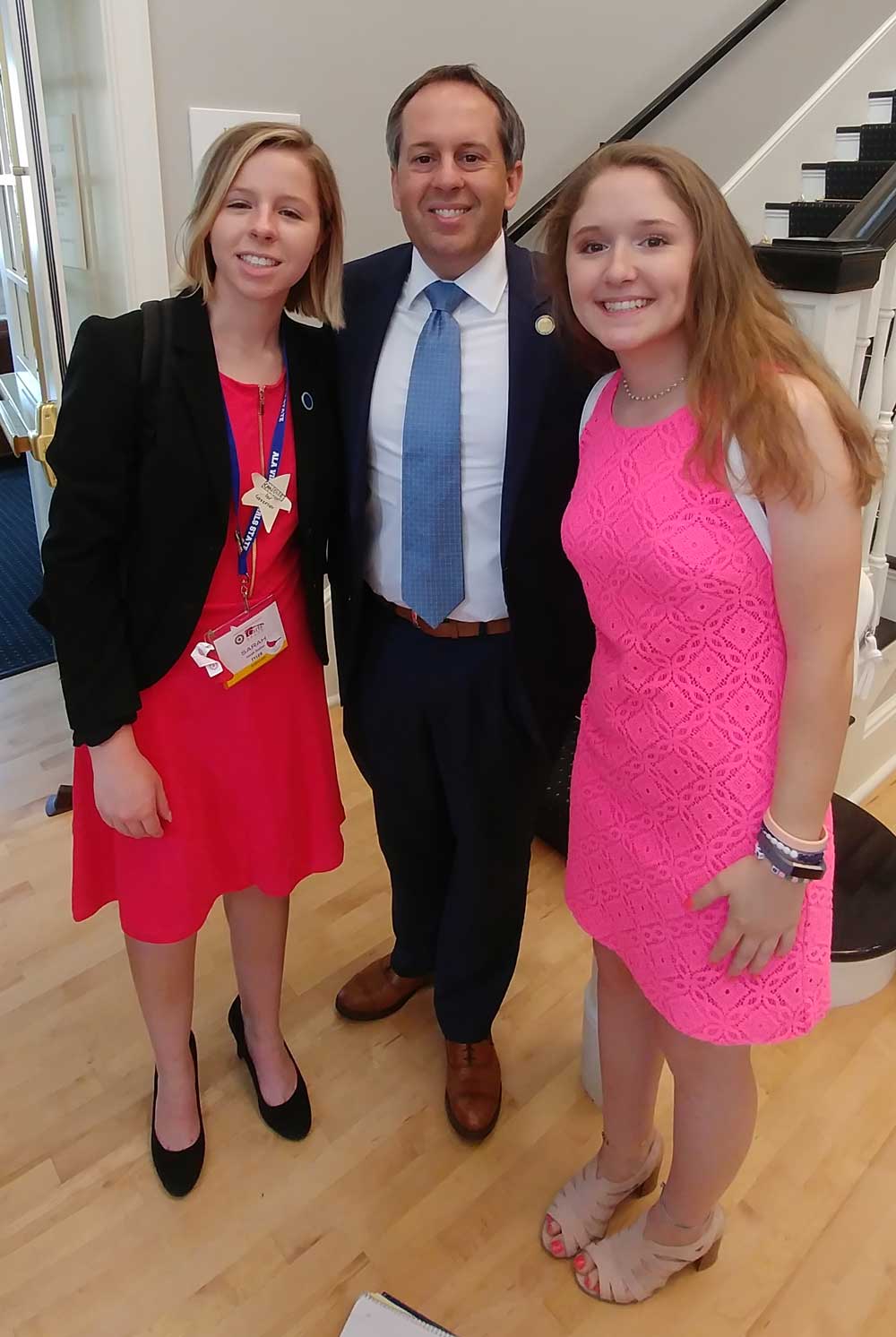 Mayors of the city of Ingles and Randolph with General Assembly Delegate Roxanne Robinson. 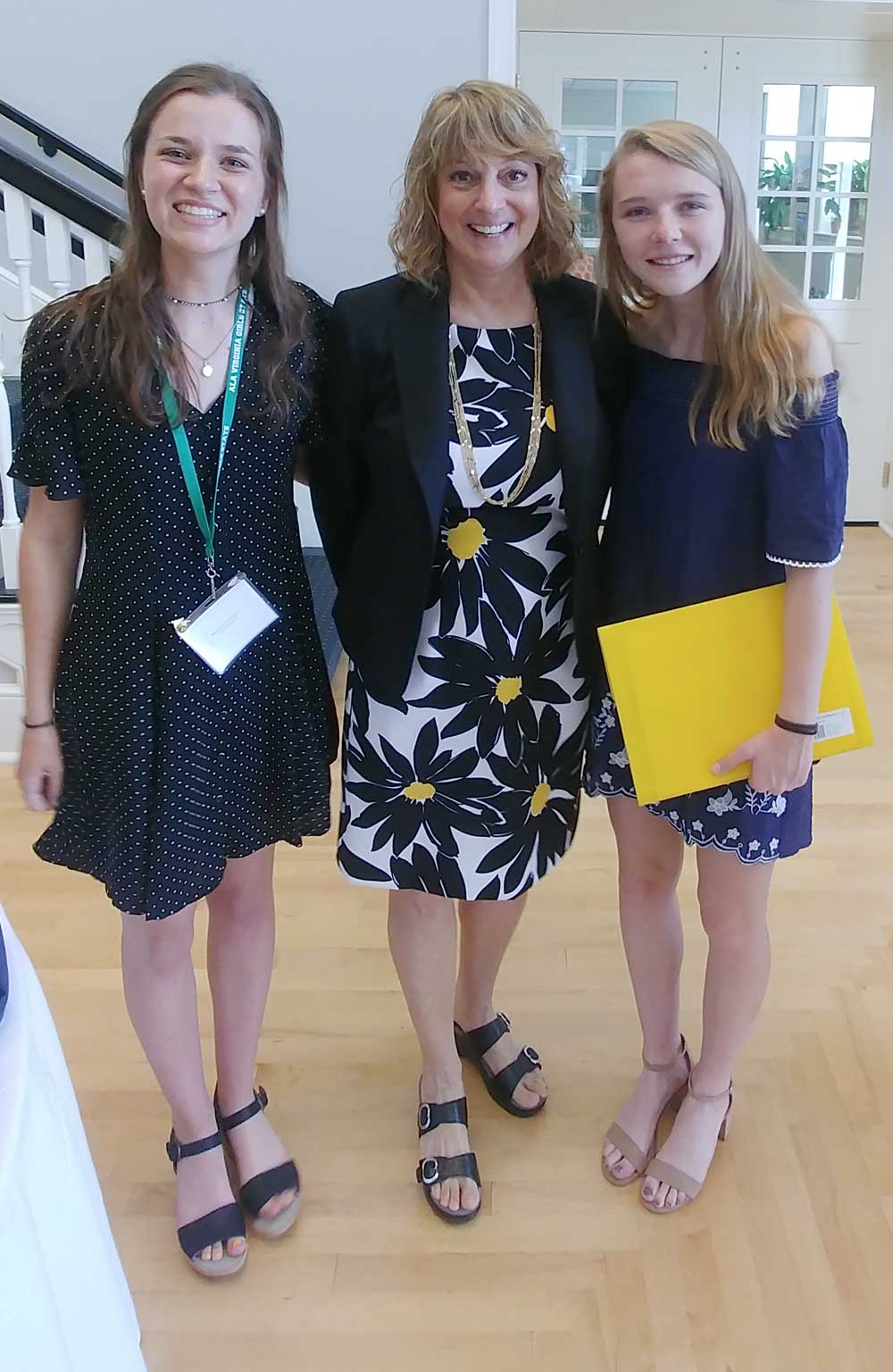 Mayors of the city of Draper and Tyler with General Assembly Delegate Glenn Davis.

Mayor David Whitus and Town Manager Gerald Spates of Farmville, VA with the City Mayors of ALA Virginia Girls State. 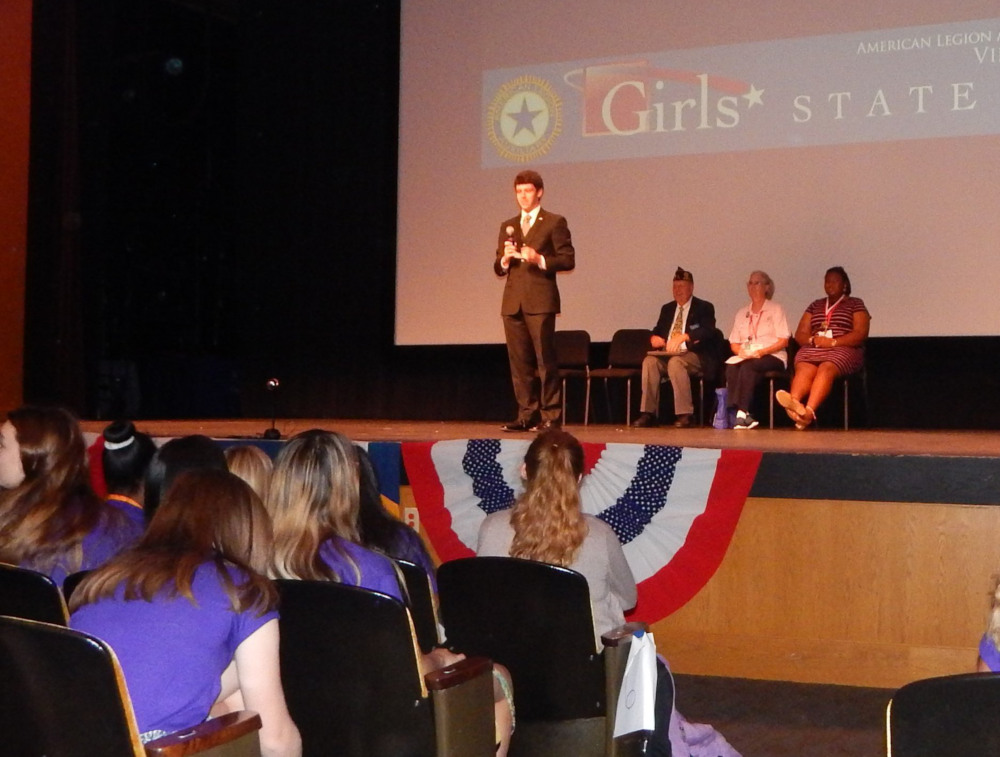 2018 Oratorical Winner
The winner from The American Legion, Department of Virginia, Oratorical Contest delivers his winning speech. This is a prepared speech, between 8 and 10 minutes long, on an aspect of the United States Constitution. Competition is open to high school students between 9th and 12th grade and are judged at the Post, District, Department and National levels. 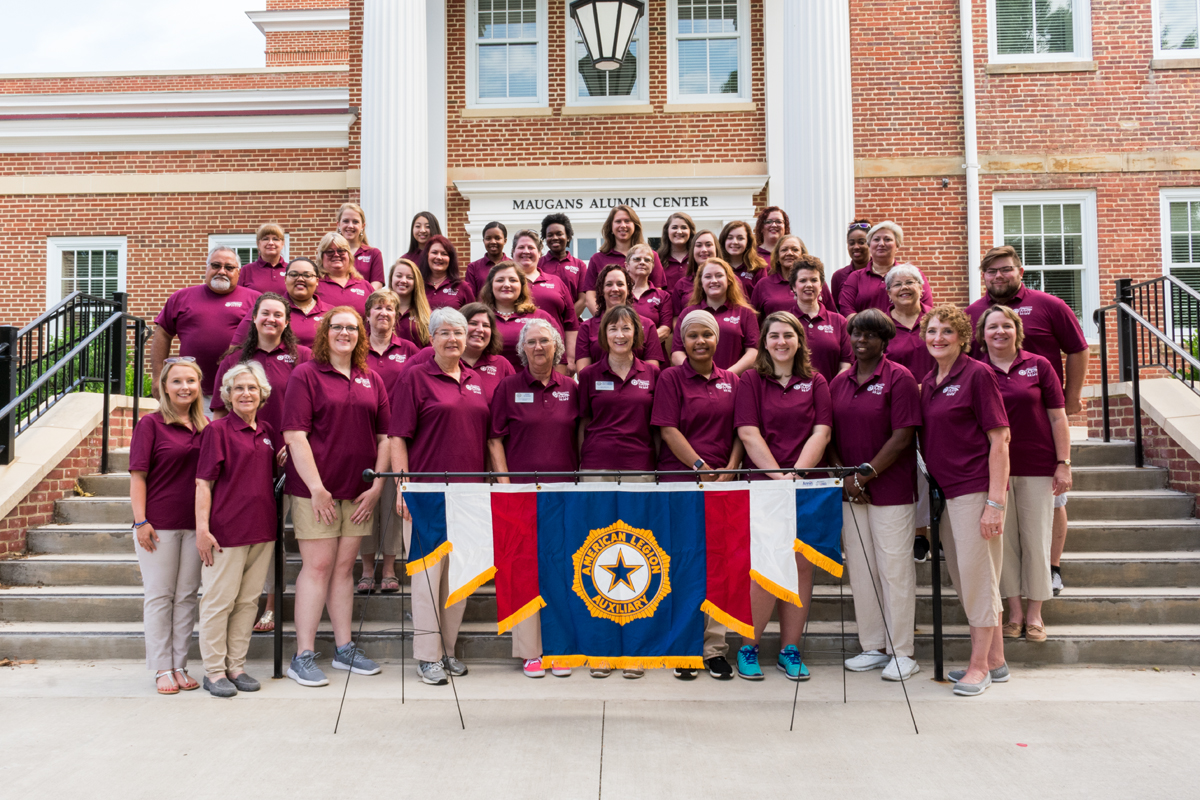 The 2018 American Legion Auxiliary Virginia Girls State staff is ready for the week! 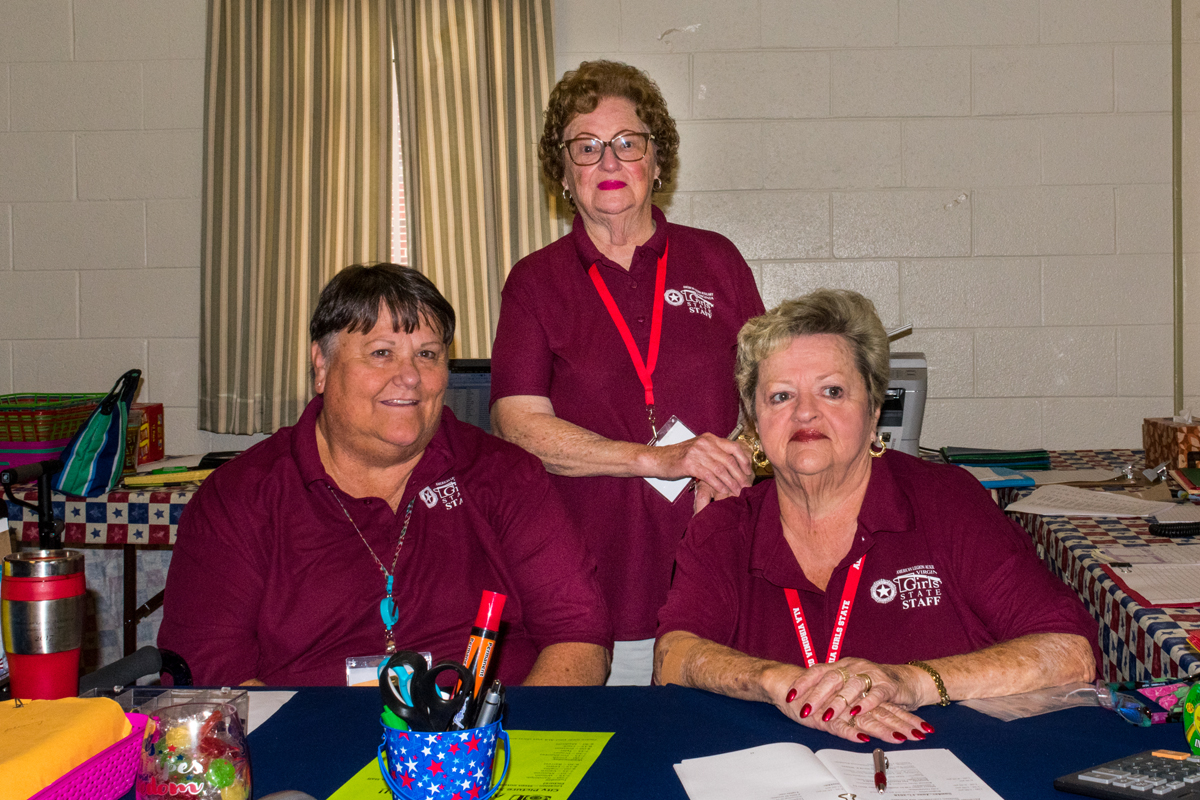 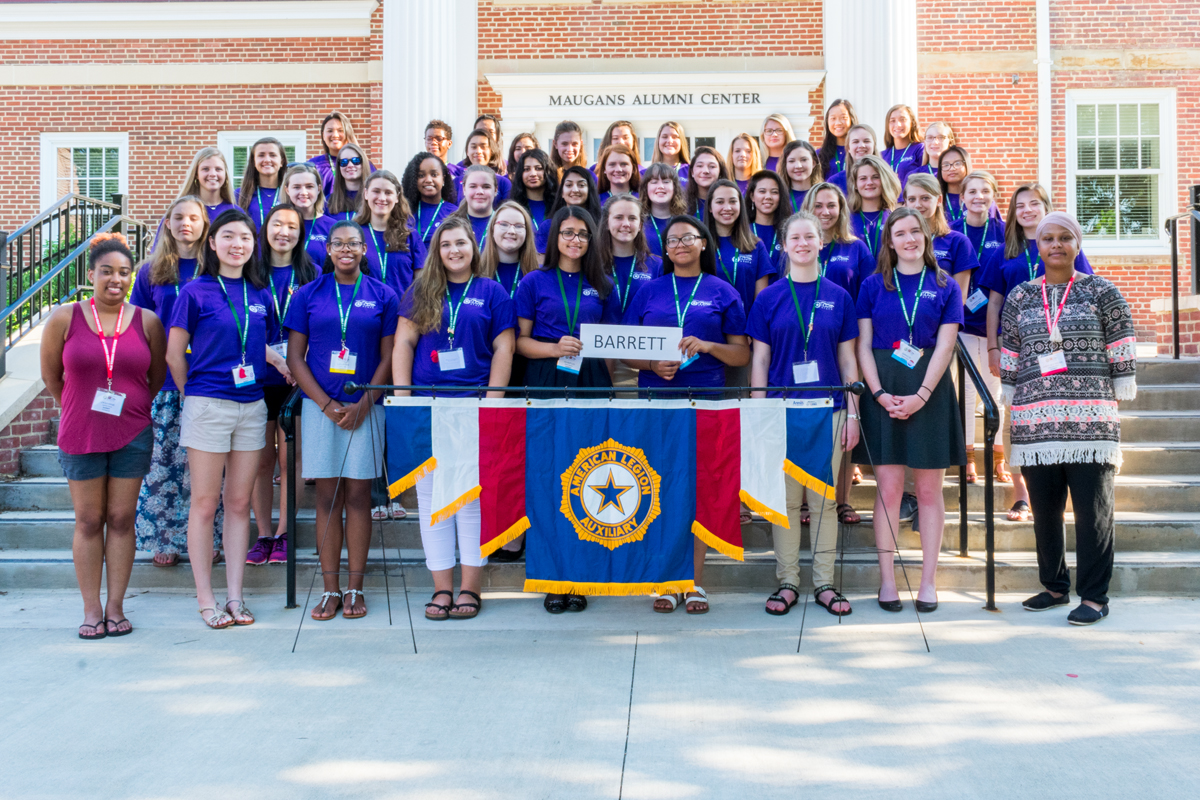 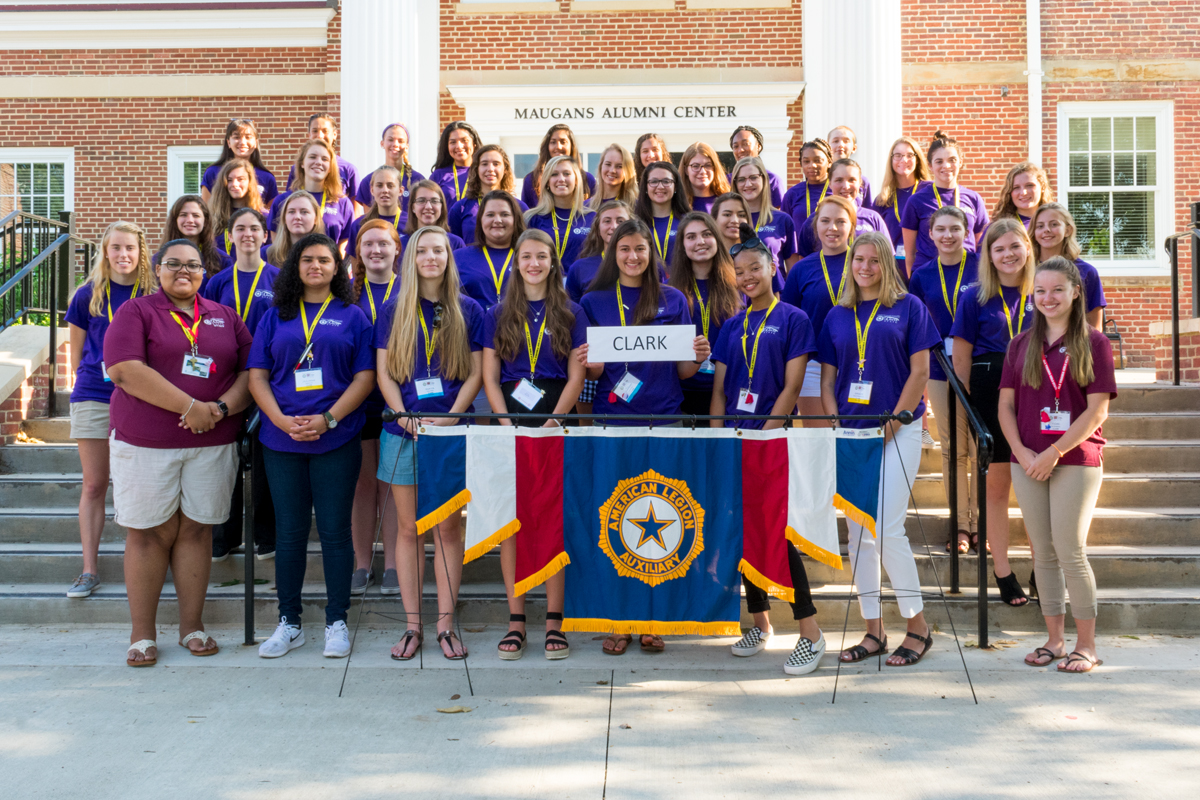 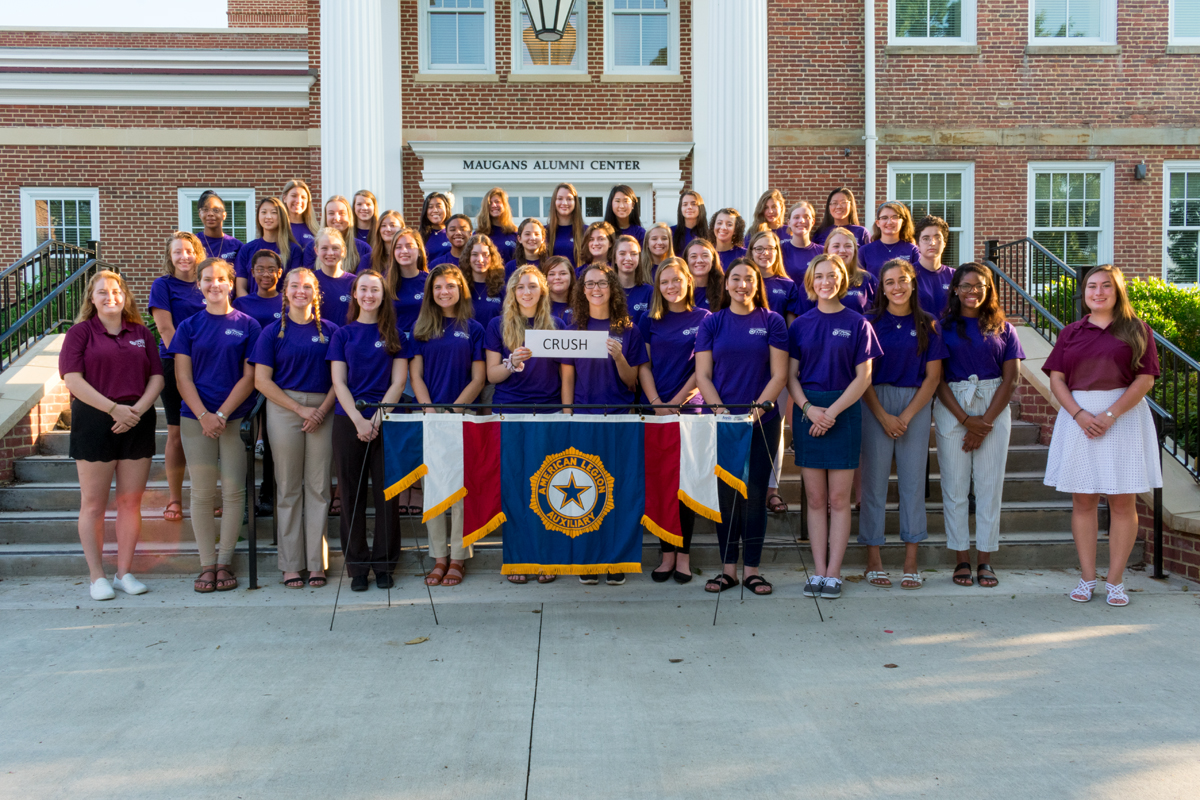 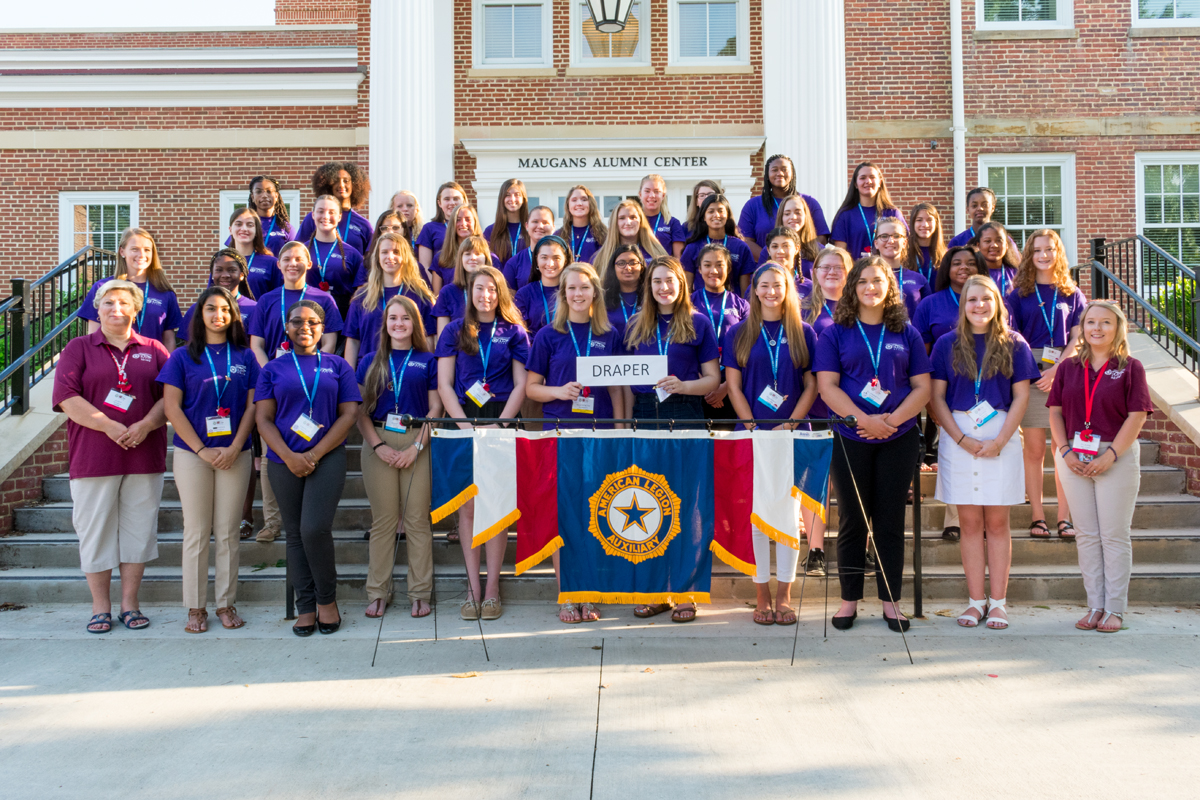 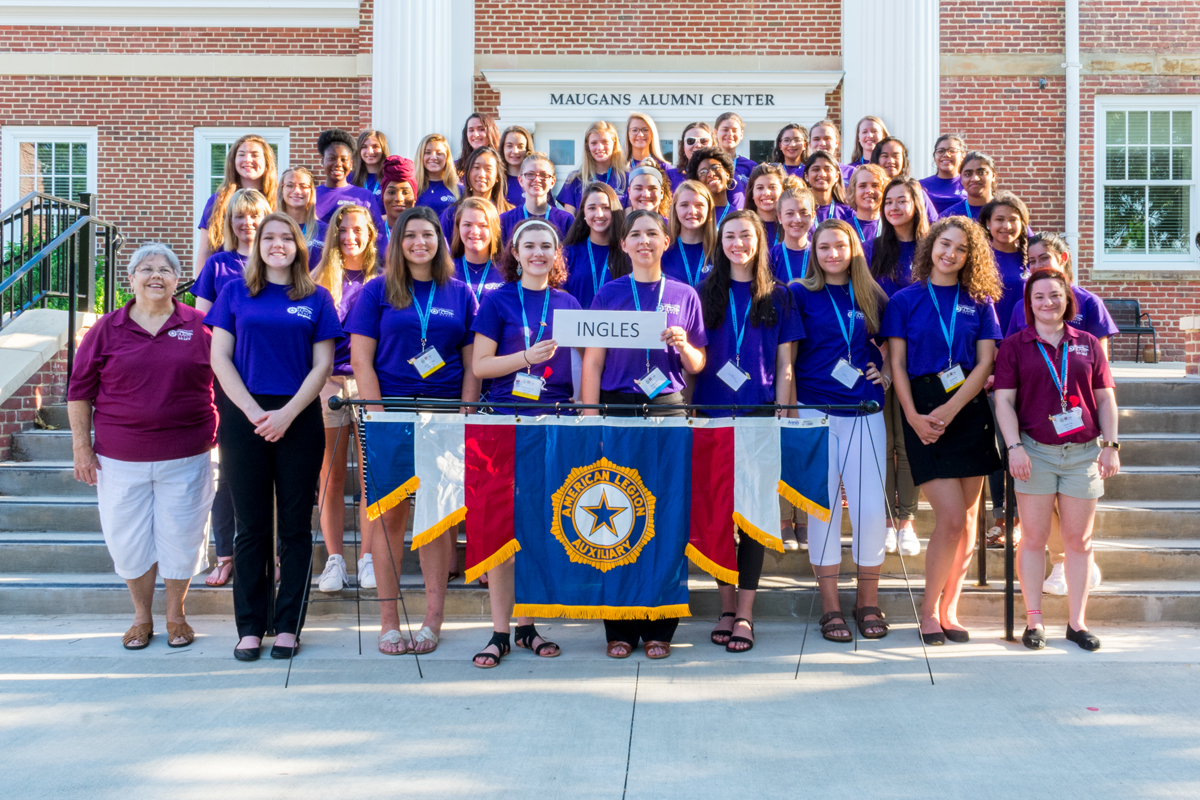 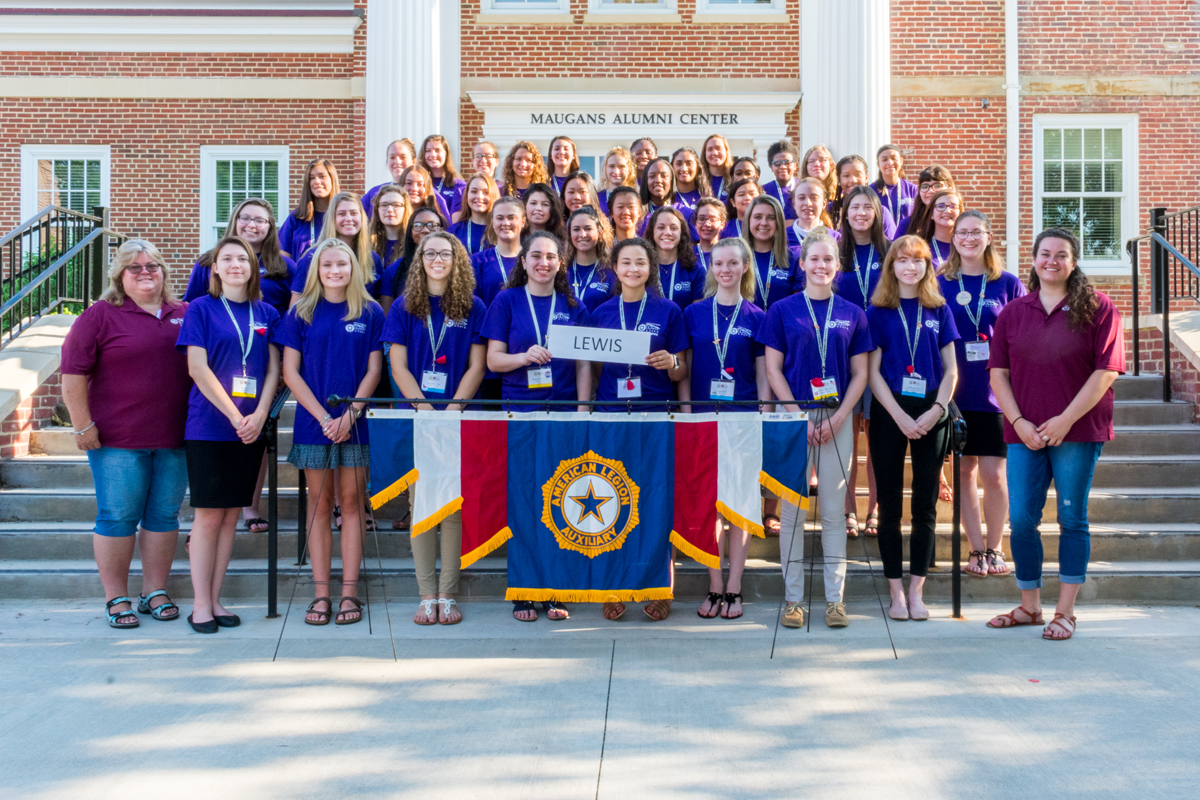 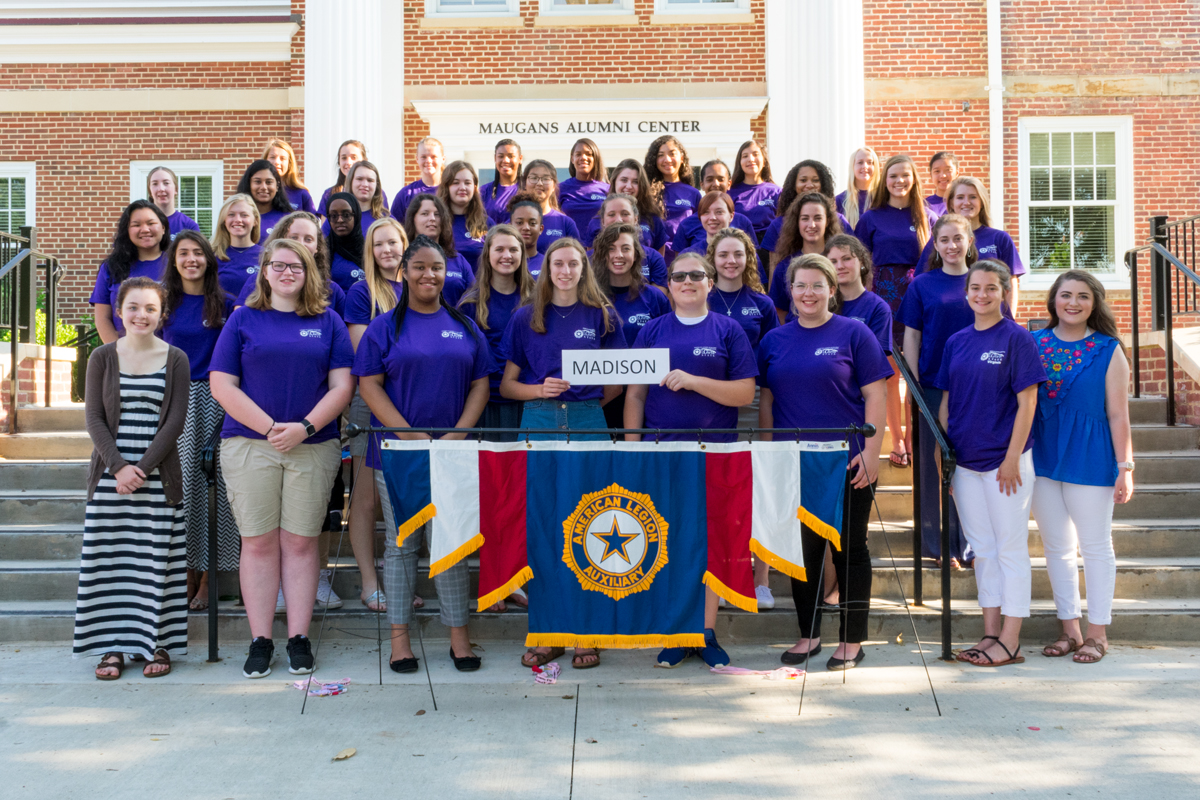 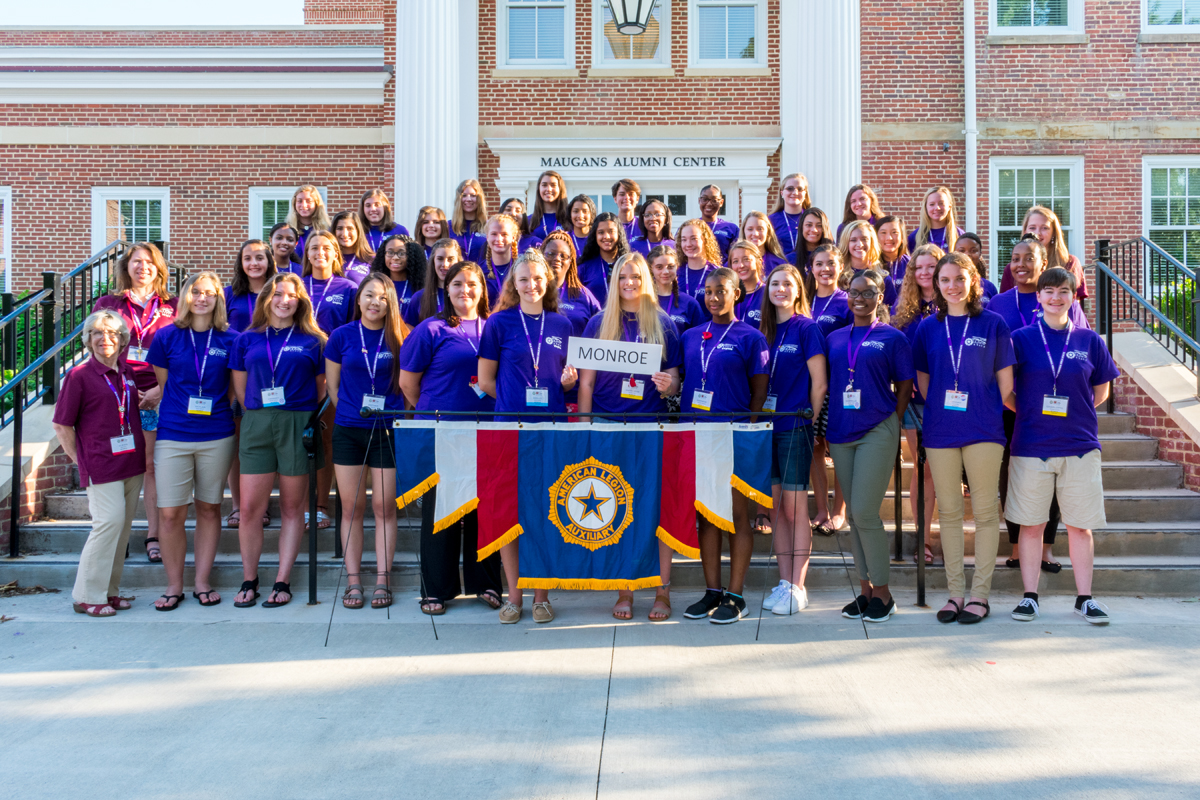 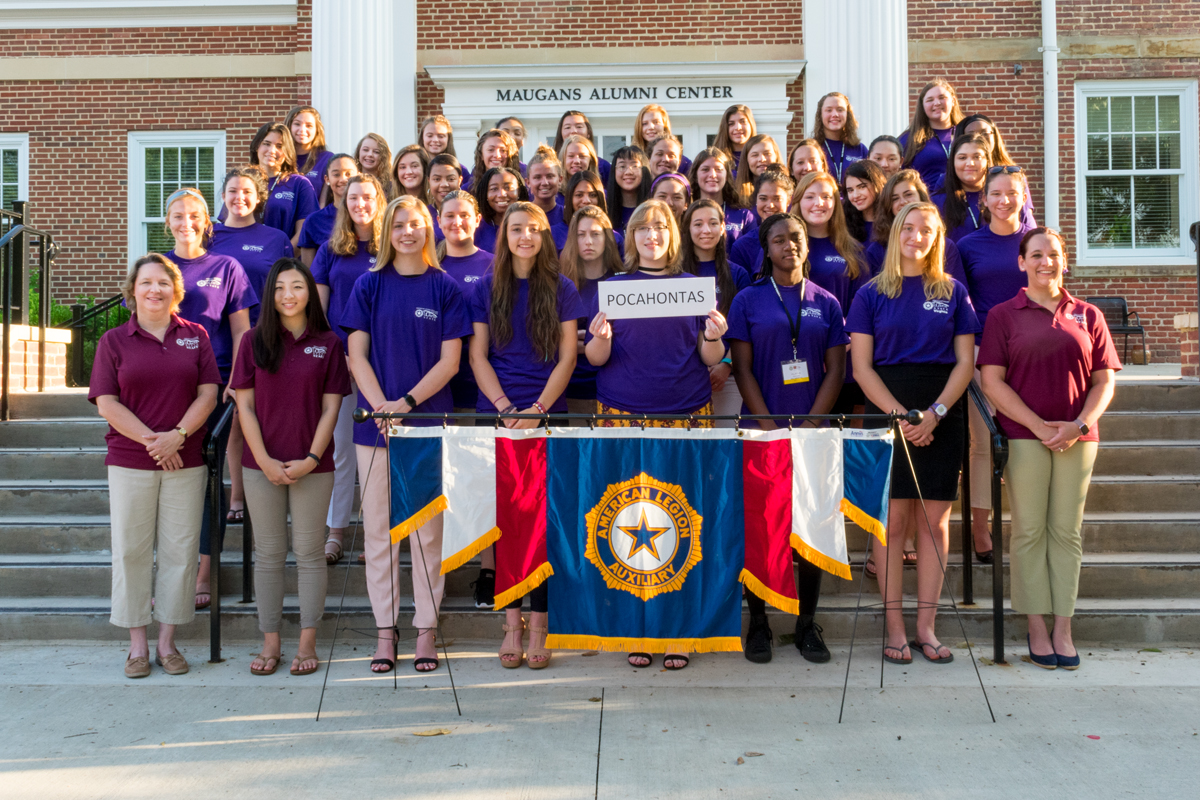 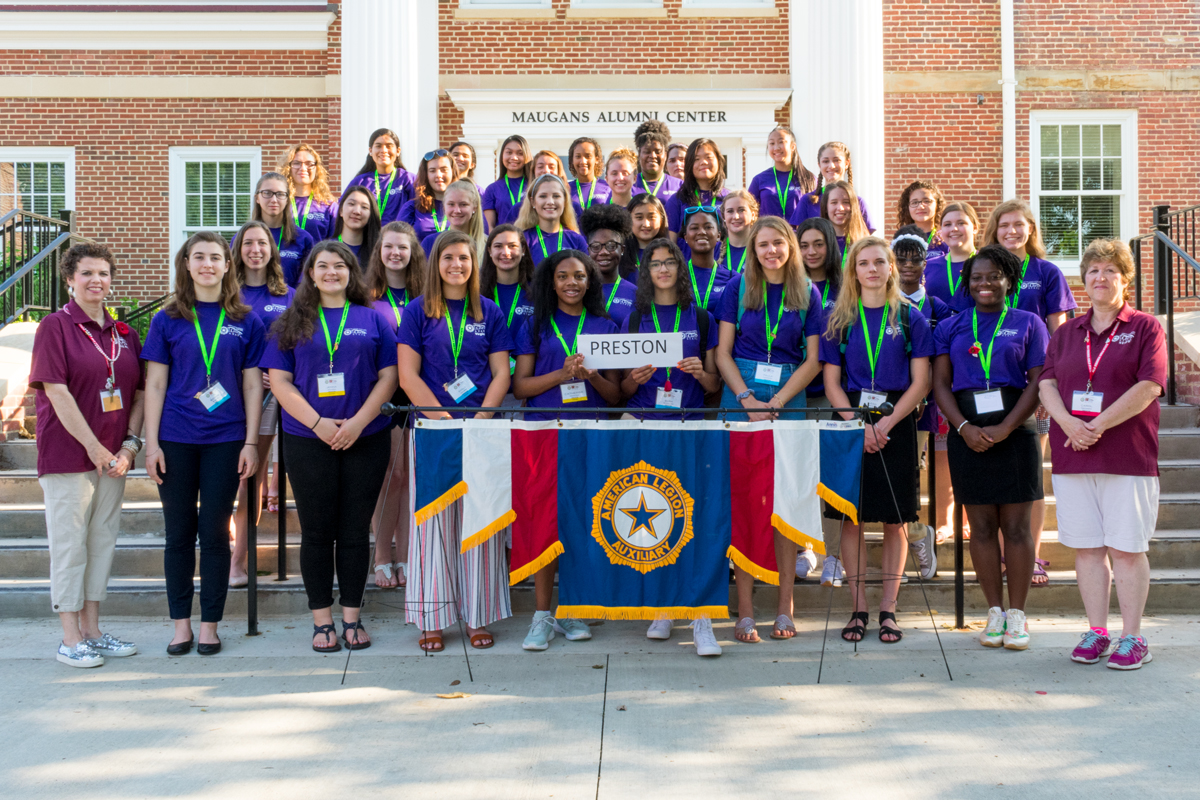 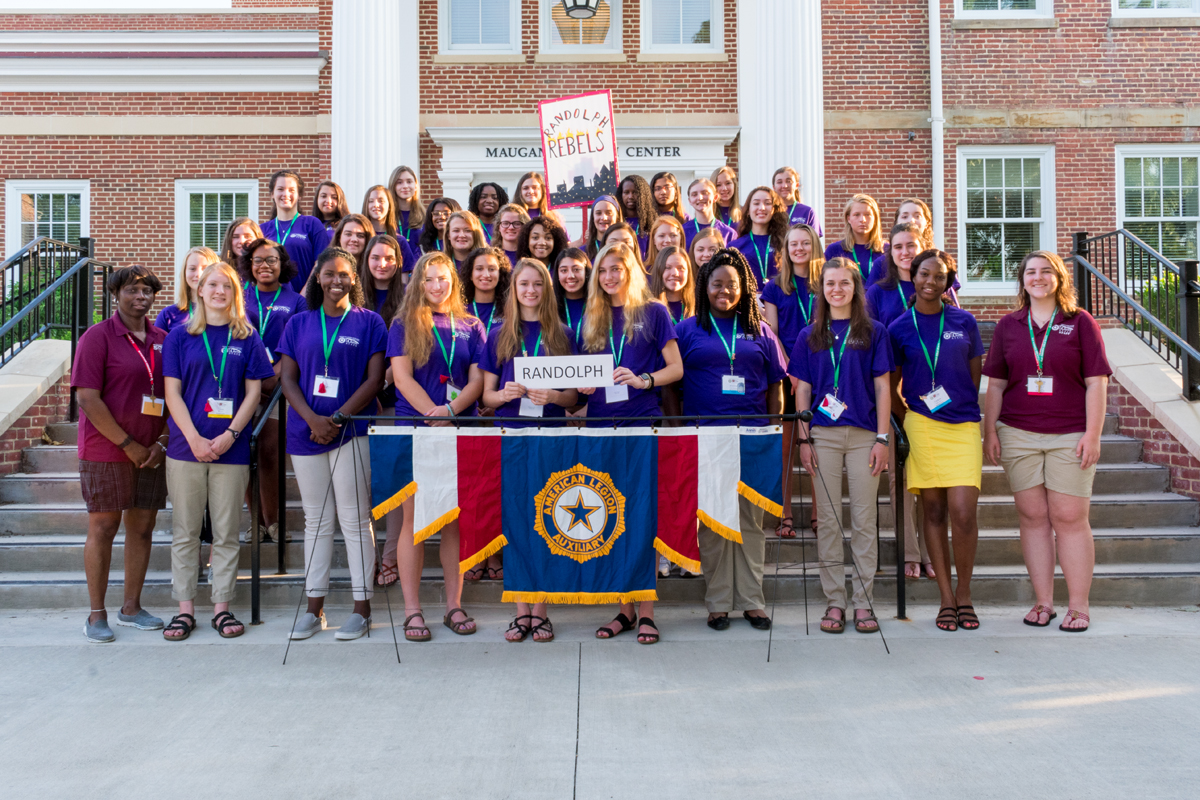 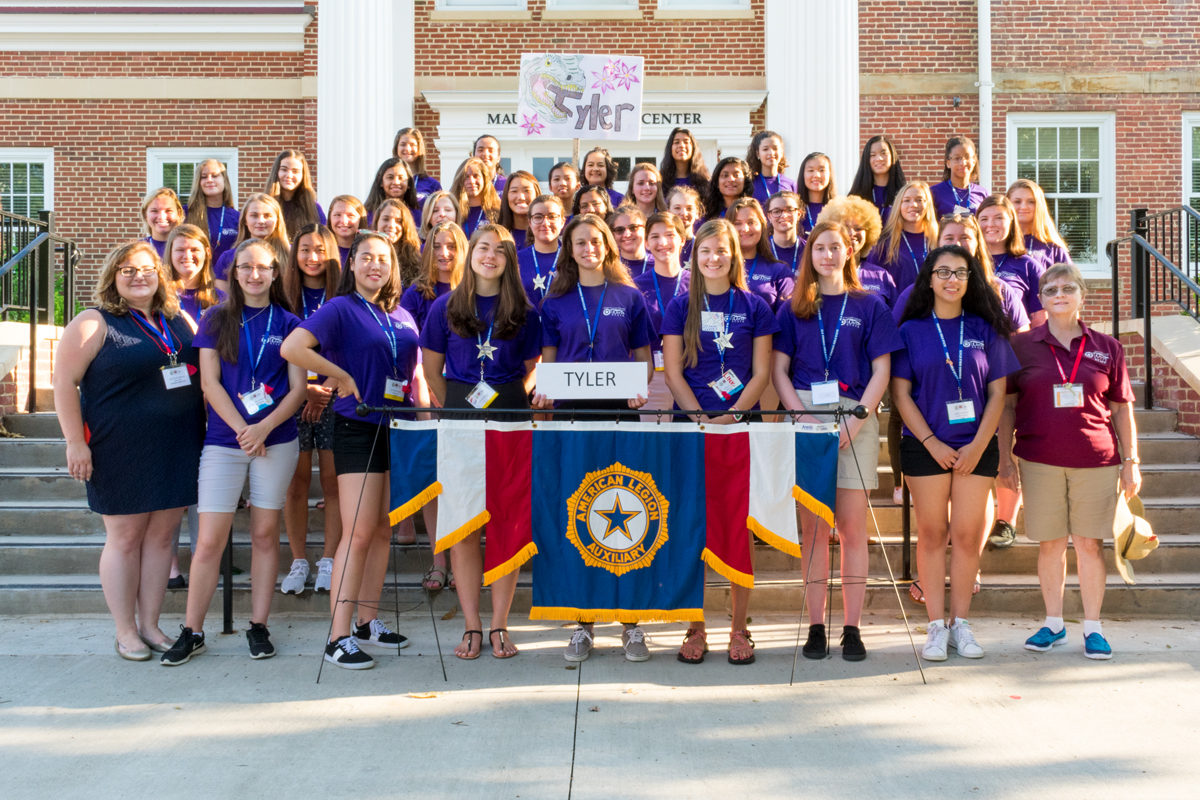 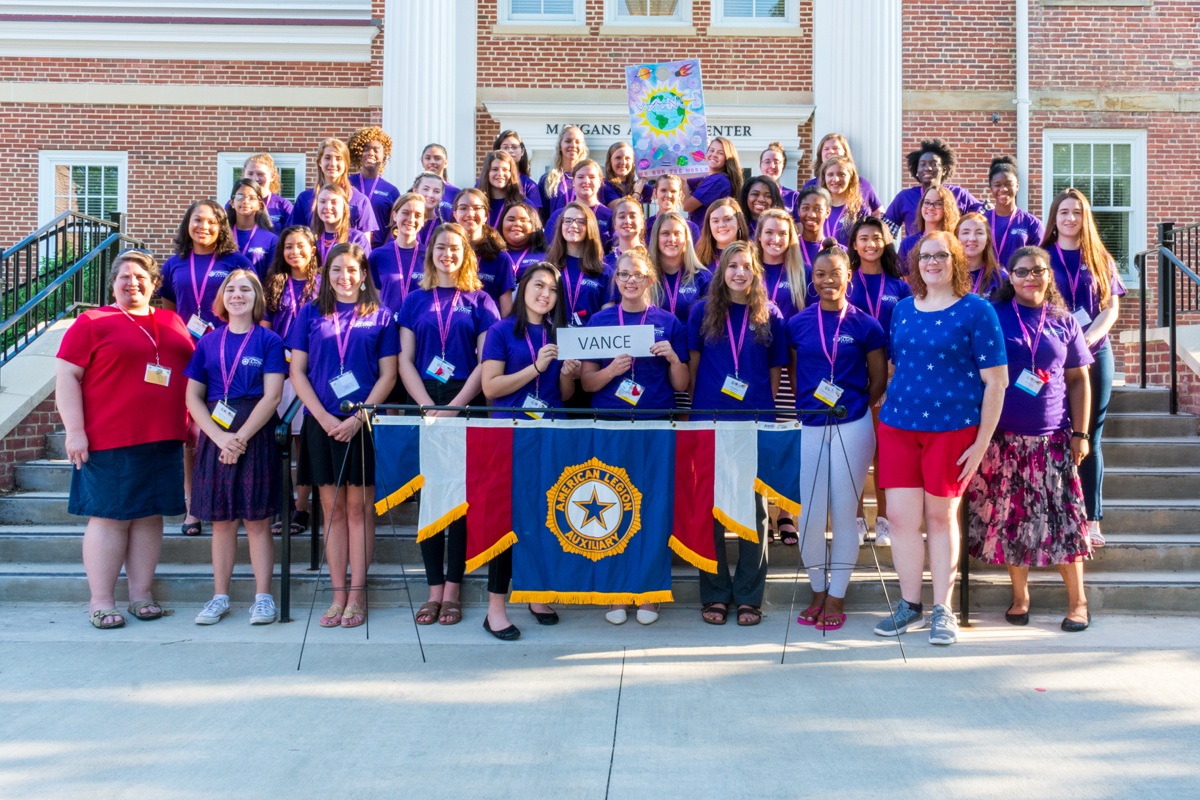 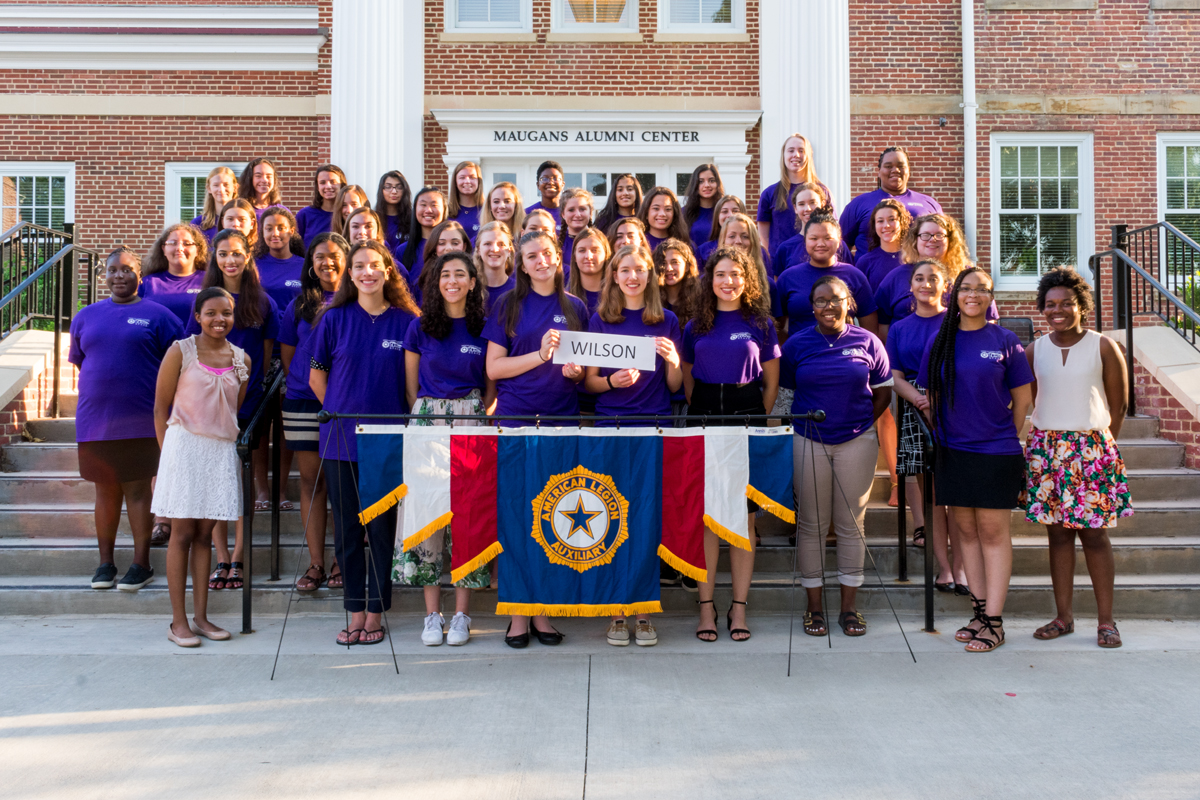 Permanent link to this article: https://www.vagirlsstate.org/archives/2018-72nd-session/